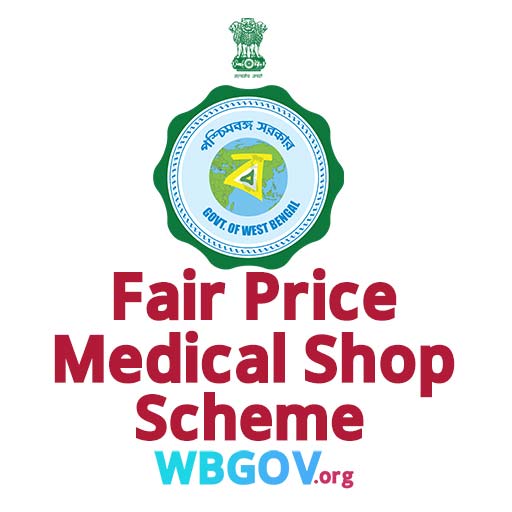 This Scheme has been ensuring the health of all by providing multifaceted benefits. In fact, the most expensive thing for a patient is probably the cost of medicine.

Because many poor people can’t afford to buy medicine for a doctor, so it is definitely a good initiative for them.

What is a Fair Price Medical Shop Scheme?

After being elected Chief Minister in 2011, Mamata Banerjee launched a multi-faceted Scheme. The affordable drug store was one of her plans, which was initially implemented in 2012.

Under this Scheme, the West Bengal State Government has provided affordable medicines in every government hospital and health center from where every person in the state can buy medicines within their purchasing power.

Initially, 121 government hospitals were selected for the Fair Price Medical Shop Scheme. Initially, cheap drug stores were set up in 93 hospitals. From these drug stores, people can buy medicines at 47% to 67% discount.

In fact, the Fair Price Medical Shop is a dream Scheme of the West Bengal state government and Mamata Banerjee. She took the initiative after being elected as the Chief Minister of West Bengal for the first time. The first and foremost objective of this Scheme is to ensure the well-being of all.

However, due to the rise in commodity prices and the unethical activities of the pharmaceutical companies, the price of medicines is on the rise and the poorest people in the state are the worst victims. Because many people do not have enough money to buy medicine after paying the cost of the doctor.

As a result, many people take cheap and ineffective medicine which does not improve their health and many people cannot afford to buy medicine for a certain period of time.

To overcome this problem, the West Bengal State Government has launched this scheme, which aims to provide fair price medicine to every person in the state so that they can have healthy and beautiful health.

The Fair Price Medical Shop Scheme is run by the West Bengal state government which guarantees the purchase of medicines at affordable prices. So let’s see what the benefits of this Scheme are.

1. Under this Scheme, all the people of West Bengal will be able to buy medicines at affordable prices.

2. Under this Scheme, medicines will be available at affordable prices in all government hospitals and health centers.

3. Under the affordable drug store scheme, every person in the state of West Bengal will be able to buy medicines at a discount of 47 percent to 67 percent.

4. Under this scheme, the state of West Bengal will provide subsidies for the purchase of government medicines.

However, when the Scheme was launched, the question in the minds of many was whether the people of the state would be able to buy medicines at really affordable prices. Hon’ble Chief Minister of West Bengal Mamata Banerjee tweeted about the benefits of the Scheme on World Drug Dealers’ Day in 2017.

She said that by 2017, about 40 million people have been covered under the scheme. And they are given around 1100 crore discounts on buying drugs.

However, to ensure the overall viability of the Scheme, the Hon’ble Chief Minister has visited the city shops of the hospitals at different times. He also confirmed whether the Scheme is benefiting the people by talking to them.

How to get the benefits of this Scheme?

The speculation has been going on since the launch of Mamata Banerjee’s Fair Medicine Store Scheme.

In other words, every permanent person living in West Bengal will get the benefit of this Scheme under this Scheme. That is why affordable drug stores have been set up in every government hospital in the state.

Patients will be able to buy medicines at affordable prices only after taking the prescription given by the doctor at the drug stores. However, it should be noted that the doctor must write the generic name of the medicine instead of the name of the company.

However, in addition to medicines, discounts will also be given on various medical items in those shops. In This ongoing pandemic, people can buy musk, PPE at discount.

Although there has been a mixed reaction from the public to the Scheme. Patients have not been able to get enough medicine in stores for a long time.

Since the launch of the Scheme, there have been mixed reactions in various quarters. Pharmaceutical companies, in particular, have criticized the Scheme. They say it will destroy the competitive market.

The opinion of various pharmaceutical companies is that this Scheme will reduce the investment in pharmaceutical production. In this way, the people of the country will ultimately suffer.

In fact, many buyers have said that there is no supply of medicines at reasonable prices in medicine stores at different times. The statement of various pharmaceutical companies that the government cannot take such a decision overnight.

On the other hand, the fair price shop Scheme is a great achievement for the entire people including the medical community. They argued that the citizens of the country will get proper medical treatment this time.

In almost all countries of the world, pharmaceutical companies have to prove the price of the drug. The rule is that the United States, Australia, and the surrounding districts.

As a result, it cannot be said that this Scheme will easily cause losses to unscrupulous traders. But it is undoubtedly a good initiative for the general public.