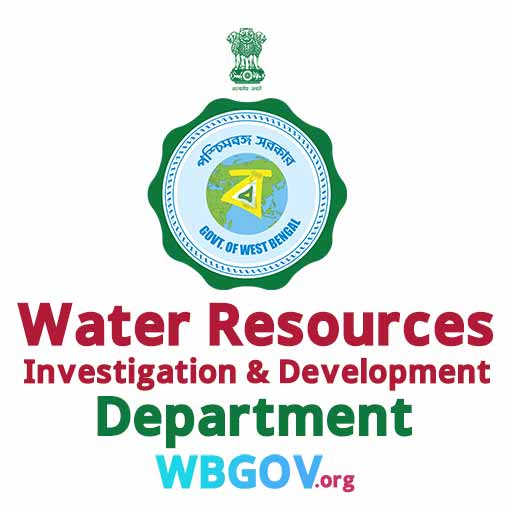 The Water Resources Investigation and Development Department is a specialized and autonomous department among the other specialized departments of the Government of West Bengal. The functions and objectives of this administrative body are distinct.

However, the functions of the department are related to the Department of Agriculture. In fact, the department was created keeping in mind the need for irrigation projects and the importance of water resources in the agricultural system.

Providing potable water in each region Supervises proper irrigation projects and works in the department for conservation and augmentation of water resources.

Water Resource Development Rights is responsible for developing the existing potential of existing water resources in the State through the construction and maintenance of various types of small-scale irrigation projects using groundwater and surface resources.

The small irrigation projects implemented by this authority for the development of these resources can be classified as under – Surface Water Development Minor Irrigation Scheme Groundwater resources are being utilized through irrigation tanks, reservoirs, permanent and temporary alternative roads. Water from these reservoirs and water from perennial sources is used for irrigation when it is not raining.

A small portion of the surface water that flows from each reservoir is still being used. Surface Flow Irrigation Scheme: These projects use rainwater for irrigation, conservation or removal from streams, canals, or rivers.

Diversion Scheme: The purpose of these schemes is to provide gravity flow irrigation through alternative road only water supply without creating any reservoir. A weir is constructed across the current to lift and divert water through artificial channels.

Drainage-cum-Irrigation Scheme: These projects are mainly designed for drainage of water from low-lying areas which are waterlogged due to high tide. The reverse flow of river water enters agriculture and floods it. To control the ingress of water, a sluice gate is constructed along with the outlet of the area’s natural drainage channel.

The construction of such projects provides double benefits to (1) drainage and (2) irrigation. According to the water requirement for irrigation in Rabi / Boro season, a portion of water is stored in existing channels instead of drainage.

Boro Dam Scheme: Boro dam projects have been adopted in some low-lying areas of Medinipur, Hooghly, and Howrah districts where cultivation is not possible during monsoon and land and river features do not allow construction of permanent storage works.

These projects are of temporary nature. Earthen dams are built across the river in October-November each year to collect water for use in boro crops. These dams are removed to restore the natural waterway before the rains.

Water Harvesting Tank: Rainwater harvesting is done by digging up the topsoil and a part of the weather at a shallow depth below ground level, creating a reservoir to store rainwater as a surface resource as well as subsoil resources with soil moisture and natural surface Enrich.

Older tanks are re-dug to collect rainwater during the rainy season and for irrigation during the dry season. Re-excavation also increases recharge in the water basin which in turn increases the availability of groundwater.

Deep Tube Well: These projects are designed to use groundwater resources where surface water resources are not irrigated and where the water level is usually more than 6 meters above ground level and electrically driven submersibles are required for water extraction.

Heavy Duty Tube Well (HDTW): An area of ​​40 hectares irrigated by an underground pipeline emanating from a superior distribution chamber capable of pumping 200 cubic meters of water per hour for irrigation and cultivation.

A large number of such structures exist and are being run by the government. But now such structures are being handed over to the users for further operation, management, and maintenance as per the state policy.

Medium Duty Tube Well (MDTW): These are capable of lifting 100 hectares of irrigated and cultivable irrigated area of ​​100 hectares per hour through an underground pipeline emitted from a superior distribution chamber.

Light Duty Tube Well (LDTW): These structures are suitable for places where the water level usually requires the use of 8 m submersible pump sets above ground level. They are capable of lifting 30 cubic meters per hour to irrigate 4 to 6 hectares through open channels.

These structures are placed in a cluster of 5 to 6 tube wells. It has been found that users can manage such structures very efficiently and economically.

Like other administrative bodies of the Government of West Bengal, the Department of Water Resources Research and Development is moving forward with its distinct and specific goals and objectives.